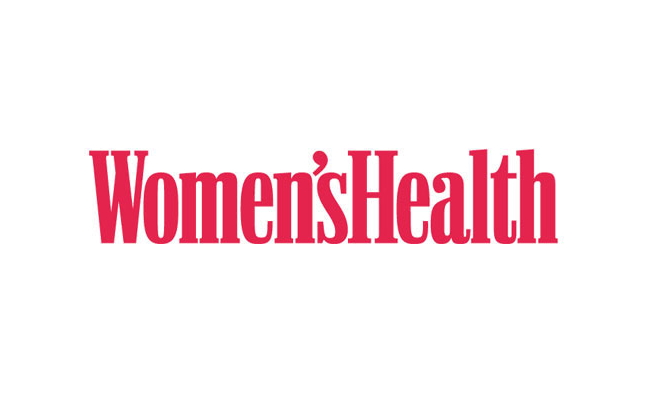 Brain Zaps: Are They Serious and Why Do They Happen?

While scary, this issue – often caused by coming off medication – isn’t usually dangerous
BY LAUREN BROWN
11/03/2021

If you’ve ever experienced a ‘brain zap’ – the term typically used to refer to the startling feeling that a shot of electrical current has run through your head – you’ll know that they can be disorientating and, frankly, terrifying.

The occurrence is commonly understood to be related to decreasing or stopping medications, especially some antidepressants. The neurological mechanism behind the phenomenon, however, remains a mystery. Here, writer Lauren Brown explores what we do know.

A couple of years ago, I was slowly walking with a too-full cup of tea back to my desk. So far, so Monday morning. Suddenly, though, what felt like an electrified jolt lit up my mind, startling me beyond belief and causing me to slop hot liquid onto the office carpet.

The sensation felt like old, rusty pennies smell, metallic and sharp. As rapidly as it seized my brain, it was gone. I blinked away the tiny white lights blooming in my vision, the moment reminiscent of the head-fizzing dizziness caused by standing up too fast, and went back to my desk dazed and scared.

What the hell had just happened?

Naturally, my thoughts flew fast to dark places, not aided by the results that came up after a quick search of Dr Google (brain seizure symptoms; early signs of brain tumour). But I kept digging and eventually came across the term ‘brain zaps’. Only then did I start to connect the dots.

What are brain zaps?

Also referred to as ‘brain shivers’, frustratingly little is known about the phenomenon beyond that they’re often triggered when antidepressant treatment is discontinued, explains Verinda Sharma, Professor of Psychiatry at the University of Western Ontario. They’re sometimes also experienced as a symptom of anxiety disorders and some people report dealing with them after taking large amounts of the illegal party drug MDMA (ecstasy.)

If you’re worried about brain zaps, contact your GP. They can rule out any potential other causes and can provide advice on your symptoms

‘According to some authors, the zaps are due to an alteration of neuronal activity in the brain,’ he says, referring to the few studies into the topic. ‘But we don’t really know.’

The little evidence we do have suggests that coming off medication quickly might up your chances of experiencing brain zaps. In my case, a week or so before I experienced my first ‘zap’ I made a common mistake when taking one of the group of antidepressants known as selective serotonin reuptake inhibitors (SSRI’s). I’d started to feel better, and instead of seeing that as a sign the medication was working, I took it as proof I didn’t need them anymore.

Due to so little being understood, there’s no medical term beyond the acutely non-scientific ones I’ve mentioned. They instead fall elusively under the umbrella of ‘discontinuation symptoms’ or ‘withdrawal’, with the precise neurological mechanisms behind them still something of a mystery. The NHS lists ‘feeling as if there’s an electric shock in your head’ in its list of withdrawal symptoms after coming off antidepressants, without giving these a specific name.

The NHS states: ‘See your doctor if you get severe withdrawal symptoms after you stop taking antidepressants’

Professor Sharma says the mnemonic FINISH is used to describe the array of symptoms of antidepressant discontinuation – flu-like sensations, insomnia, nausea, imbalance, sensory disturbance (including brain zaps) and hyperarousal – and noted that what is known is that drugs with short half-lives, such as the SSRIs Paroxetine or Venlafaxine, are more likely to be associated with withdrawal symptoms.

Some studies have also suggested that the ‘zaps’ could be triggered for some by certain eye movements, while you’re in the process of coming off medication.

Juliette*, 23, an editorial research assistant, also used similar language to describe her experience, which for her started as a side-effect of her generalised anxiety and panic disorder.

‘The way I would describe my experience of a brain zap is that it was as if my brain was an old computer and my power supply had suddenly been yanked out. They’d stop me in my tracks’, she told me.

Author Catherine Gladwyn, 44, experienced the issue after, like me, coming off antidepressant medication. She describes the zaps as: ‘like an electric shock in my brain. It actually felt like my brain was buzzing. I first had it as I turned to check my blindspot when reversing off my drive.’

How long do brain zaps last?

‘Although brain zaps can be very alarming to patients they are not dangerous and are usually short-lived,’ explains Dr Mo Abdelghani, a consultant psychiatrist at London’s Dyad Medical. Dealign with the issue for more than four weeks is rare and the experience itself is less than a minute. He adds, however, that what can be dangerous is stopping antidepressant medication abruptly. This is because doing so can result in suicidal ideation and other mental and physical symptoms.

How can I prevent brain zaps?

‘Anyone suffering from this condition should be reviewed by their psychiatrist or GP, to rule out any other causes,’ he says. ‘There are many things that could be done to avoid experiencing these brain zaps.’ These include:

Reducing the dose of the medication gradually before completely stopping it

Switching to another medication that is less likely to cause discontinuation symptoms before stopping the medication.

Stopping antidepressant medication under the supervision of a doctor, generally speaking, reduces the possibility of having unpleasant experiences such as brain zaps

Luckily, as far as neuroscientists know, brain zaps aren’t anything to worry about in and of themselves. They usually become more infrequent over time.

Dr Abdelghani says that some neurological experts think the phenomena could be caused by the regulation of receptors on neurons within the brain when antidepressant medication is abruptly stopped.

To use the example of SSRIs, these are understood to work by causing changes in your brain through altering levels of serotonin [the hormone that stabilises your mood and gives feelings of happiness or wellbeing] which attach to your serotonin receptors.

Your receptors, the thinking is, become used to this uptick in serotonin. When you come off the medication, your body will try to re-adjust, but there’s a period of time while this takes place. This could be the phase in which brain zaps occur.

Professor Sharma stresses, though, that we’re very much in theorising territory and that ‘nothing has, as yet, been confirmed.’

My brain zaps, while shocking at first, eventually slowed into a kind of undulating, wave-like rhythm before smoothing out and disappearing completely. This happened over the course of about a month.

In that middle zone, when the worst had passed but the zaps had become an unexplained and quietly threatening part of my daily life, I was constantly worried that they would never go away. It’s in these moments, even more so than at the very beginning, that I would have really benefited from this being an experience more openly spoken about.

At the end of that strange month, it was wonderful and relieving to be rid of the physical zaps, but I can’t help feeling like the psychological turmoil involved would’ve been allayed so much earlier if I hadn’t felt quite so alone.

What should I do, if I experience a brain zap?

Contact your GP and explain your symptoms, to rule out any other causes

Since brain zaps are typically discontinuation symptom, if a loved one is experiencing them you should direct them to their GP