Treating Depression in Only 5 Days with TMS 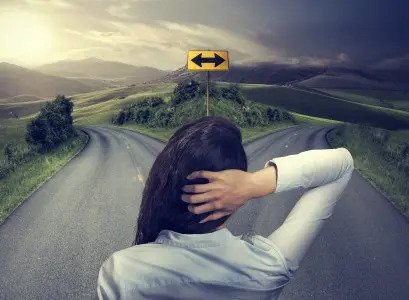 The Holy Grail or a Red Herring?

Depression is a global health problem and the traditional treatments available have limited efficacy. It was only in 2008 when the FDA approved the first TMS device for the treatment of depression.

Since that time the use of TMS* in treating depression has been spreading throughout the USA at a steady pace. However, TMS clinicians and experts agree that much more should be done to make this safe and effective treatment available to millions of patients who suffer with depression around the world.

Across the pond, in Europe, the adoption of TMS as a new treatment modality has been even slower that the USA. For example, in the UK it was only in 2015 when NICE (National Institute for Health and Care Excellence) approved TMS as a treatment for depression.

For years TMS sessions have been delivered at a frequency of one session per day for 5 days every week. Usually patients receive 30 sessions in every course of TMS, therefore, it typically takes 6 weeks for a patient to complete a TMS treatment course.

This is why I always tell my patients that one of the biggest problems of TMS is the time commitment. Over the last few years very interesting research has shown that accelerated TMS can be as effective as delivering one session every day.

Accelerated TMS refers to the practice of delivering two or more TMS sessions per day, thus, cutting down the number of weeks needed to complete the course by half or even more. It becomes a bit technical when we try to decide how quickly we can deliver the next session after a session is completed, and the jury is still out.

For a number of years, I have been wondering how quickly we can deliver a course of TMS (30 sessions) while maintaining the high efficacy, long term benefits and without causing more side effects. I have no doubt that the same question went through the heads of hundreds of TMS clinicians.

In March 2019 Dr Nolan Williams and his colleagues at Stanford University published the results of an extremely interesting TMS Study. They treated each study participant with 10 TMS sessions daily for 5 consecutive days, a total of 50 sessions in a 5 days period.

In this study they delivered 1800 pulses of iTBS (intermittent Theta Burst Stimulation) in every session. It is important to remember that the iTBS FDA approved protocol was 30 sessions over 6 weeks (once daily) and each session included 600 pulses.

So, it is quite interesting to see results of a study in which each patient received in 1 day only the number of pulses that a patient would have received over 6 weeks of usual iTBS treatment. Therefore, patients treated with this new TMS treatment protocol that they called SAINT (Stanford Accelerated Intelligent Neuromodulation Technique) receives 5 times the total number of pulses they would have received in the FDA approved iTBS in 6 weeks.

In a nutshell more sessions, more pulses and fewer number of treatment days.

According to this study around 90% of participants responded to this protocol and went into remission. In addition to this 100% participants remitted on measures of suicidal ideations.

It is worth mentioning that in this study they used fcMRI neuronavigation that is not readily and easily available in usual clinical settings. Long term follow-up of the participants who completed the study was not performed. Thus, the question of how durable these striking results are, presents as one of the most crucial questions that needs to be answered before we can consider rolling out this protocol into mainstream clinical practice.

It is important to know that this was an “open label study”. Which means that patients were aware that they are receiving actual treatment. Therefore, the placebo effect is expected to be high.

Patients should not know which treatment they received and the researchers assessing them should also not be aware which one of the two groups the patient is in (i.e. double-blind study). If future double-blind Randomised Controlled Studies (RCT) confirm these results, then we can say that Nolan William and his team have discovered the holy grail of treating depression.

However, if these very positive results are not replicated then we might discover that SAINT was a red-herring and a distraction from the usual TMS treatment protocols that are actually working very well and yielding better results that conventional treatments such as using antidepressants.

*Treatment by TMS involves placing an electromagnetic coil over the scalp of the patient.

The pulsed magnetic field created by the treatment coil reaches specific areas in the brain and induces electrical charges.

Dr Mohamed Abdelghani is one of the pioneers of introducing TMS in UK clinical practice.  In 2016 he founded the first clinical TMS in the NHS in London and South England at Camden and Islington NHS Foundation Trust and he continues to lead this service until the present time.  More about Dr Mohamed Abdelghani