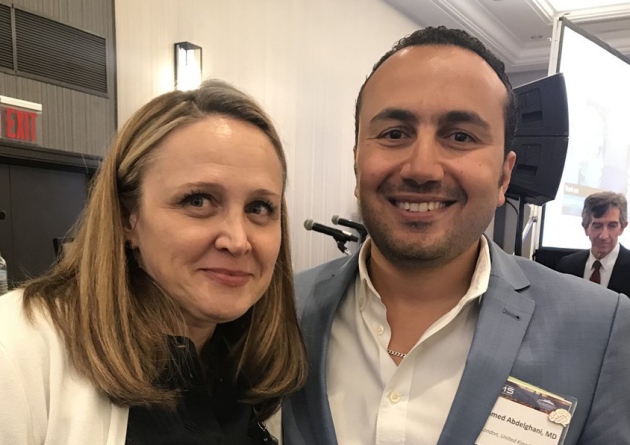 The award was presented to him by the Society President, Dr Michelle Cochran and is given annually for celebration of ‘dedication, coordination, efforts and leadership to advance the ideals of the Clinical TMS Society’.

Psychiatrist Dr Abdelghani’s dream is to make TMS, a pioneering depression treatment, more widely available.  He Launched TMS as an NHS treatment in 2016 within the Camden & Islington trust, which became the first NHS trust in London & the South East to offer the pioneering therapy.

Dr Abdelghani said “I get real satisfaction from seeing people recover. They can be suffering from depression for years and we know it doesn’t just affect the patient – it also affects their friends and family.”

“Knowing you have an impact on people with depression is brilliant.”

He said: “I felt humbled and honoured, especially as the society has among its ranks many of the pioneers in the field. It has made me feel even more motivated to continue to spread awareness of TMS as an effective and promising treatment for some mental disorders as well as making it more available to suitable patients.”